Hey guys - I’m Sal and I’m the founding editor of a new site called CulturePledge.com. Our mission is to grow the arts crowdfunding space.

The short term plan is to get our arts and culture blog off the ground. We’re also aiming to launch our own arts crowdfunding platform in beta within the next 6 months. We’ve applied for a grant from GFTW to help us reach those goals.

I’ve been working on the project alone for about a month now. (In some ways I’ve been working on it my whole life but that’s another story.) It’s going pretty good so far. We cracked the top 1 million on the alexa site rankings today (yay). I’m now at the stage where I’d like to start working with more writers or other creative contributors.

We’re planning to focus maybe half our content on the arts crowdfunding niche directly. The rest of our content will be about whatever inspires us, so long as there’s some relationship to the core theme. This could be any arts topics (eg. retrospective pieces, profiles, reviews, interviews, opinions), crypto, startups, equity crowdfunding, universal basic income, thought pieces on topics like decentralization or creative and financial freedom, and of course, web monetization!

Nice. Your last post talks about Basic Income. Do check out the folks at Artist Rescue Trust (A.R.T.). I could connect the dots if you’re interested in chatting to them. 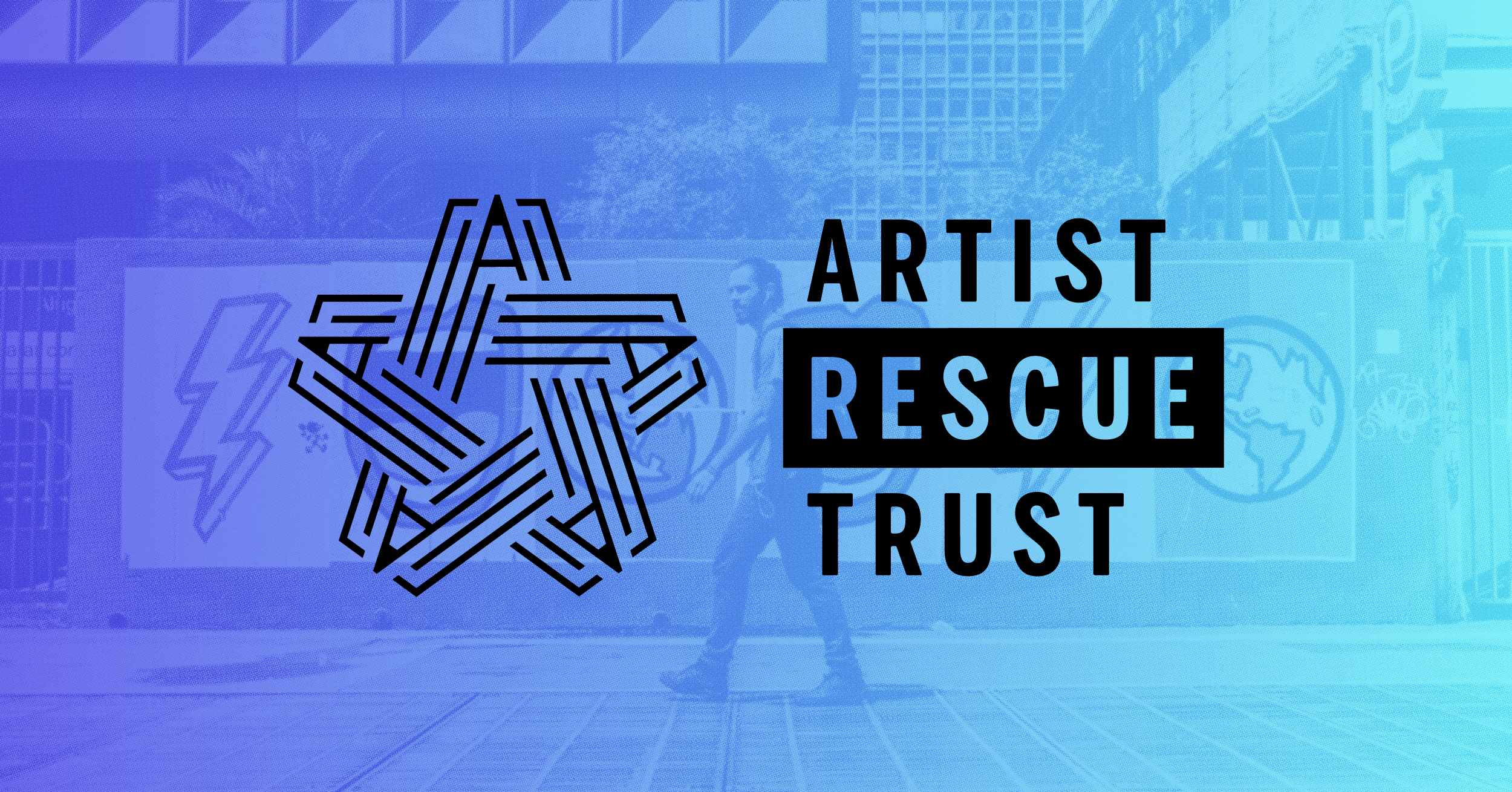 Crisis brings out our human nature. Generosity, compassion and care. Donate to help people in need during COVID19, or sign up for financial assistance due to COVID19.

Also congrats on the site gaining popularity. Have you considered web monetizing it too? Since it’s Wordpress based you could use the plugin.

Coil makes it easy for you to get paid for your online content.

Cool! We independently came to this same core idea: “art is what makes us human”. Seems like there’s crossover with what I’m trying to do. I’ll take a closer look. Thanks for posting.

The way I see it is something like kickstarter works really well for some artists today, but it’s not for everyone. A site like that that’s for artists by artists (FABA!) might work even be better. Not all artists (struggling like crazy or otherwise) who should be/deserve to be funded want to create a pitch to sell a campaign, though. And not everyone has a strong enough fanbase or network to be sure they can raise a significant enough sum of money. Our team wants to work with artists to follow the crowdfunding model despite all of that, to do things in a way that’s both true to the artist’s vision and to the specific needs of their project.

Coil looks like a pretty great solution. I’m thinking of trying it out for either the crowdfunding campaign payments, or to onboard paid annual subscribers, or both. For subscriptions you pay, say, $10/yr to:

Hey @sal this is great! Ive had a lot of very similar ideas for the theatre and dance industries. Ive been speaking with several blockchain companies about tokenising choreographies and productions as a means of equity crowdfunding and art investment. Ive also talked to a handful of prominent choreographers and directors about it. Obviously coronavirus has put many artists in a bad situation but its really opened a lot of people’s minds and there is a real drive to innovate in the digital world and find novel solutions. If you are interested Id love to find a time to talk and see how we might collaborate. balletrising@gmail.com

Great! I’ll send you an email.

Something I don’t think I brought up anywhere is that the impetus of my project was the idea of equity crowdfunding applied to smaller art projects, namely music. For example, say you’re a musician who plans to record and release a new song on streaming services. You could raise a few bucks to help you out and then later have a % of your revenues payed out directly to your backers (micropayments made possible thanks to crypto).

Most indie music projects will NOT deliver a good ROI. But a community surrounding a project like that could perhaps bolster some good songs enough to make them “hits”, at which point the financial dynamics change. To leverage the system’s potential to launch those hits, you could set something up where people invest in a pool of various music projects which offers a decent aggregate ROI. In one way it’d work like a small indie record label and in one way it’d work like an (extremely transparent) public financial company.

Even when some people lose money overall they’d be happy to have supported the artists to the tune of, say, $10-$100 per year, and then receiving only, say, $5-$50 back (or wtvr the eventual return might be). Of course, people could also invest much more cash directly into any project. Participating bigger name artist would offer a greater chance of profitability.

Who wouldn’t be interested in owning a piece of their favourite up and coming musical artist? Imagine if you’d invested in Lady Gaga’s first hit! I’m sure you’d still be earning revenues on that today. Anyways, while I think what I’m proposing here would be feasible technically, maybe leveraging something like Distrokid + Coil, the regulatory hurdles are perhaps still too great to make it worth pursuing…

Helloi @sal I am Irene, present with a proposal on ethical digital and
Involved in the monetization of aural content for non english-speaking artists in an experience of bilingual aural monetization.
Also involved in digitally associating various forms of art.

I am interested in writing about language barriers as an opportunity to open on the culture of others in aural performance or written creation;
art creation incorporating writing [«Livre-objet» for instance – literally an object-book – I mean a complex work of art incorporating elements such as essay, poetry, typography, sound, voice… having the appearance of a book; I refer to artists such as Marinetti (Italy), Duchamp, South American Krasno, Neruda, Paz, today Martine Dubois (France), Matthiew Reihnart (USA) and many more].
To collaborate: netiskiv@gmail.com

Thanks for your interest! I had a brainstorm the other day with a collaborator and the idea came up to feature artists and/or artisans who are refugees. This may relate with that. Do you have an idea of how you would tie this into crowdfunding or web monetization?

Hi Sal,
What I have in mind to write about is a bit different but I already planned in my proposal two cross-languages test beds for web monetization. We are going to test concurrently with coil directly and using the APIs from another environment. In one experiment, we consider mixing human voice, poetry, writing, in two languages through video. In fact, all depend on the artist’s work and what we can recreate, re-image, talk, sing with it.

It could apply as well to refugee artists, especially if their written language / typography is visually different from our alphabet.

However, I will design the full experiment if we get finance from the grant.

Does it make sense to you?

Crowdfunding is different in essence.
Irene

I have a better picture of your idea now

Still I think it’s probably the type of thing that needs to be experienced to be understood properly. Culture Pledge will be happy to look at publishing a piece on your work once it comes to fruition. Also, with regard to crowdfunding, you could perhaps use our platform later on to finance furthering your work.

Hi Sal,
That’s a nice idea. I will go ahead with the work and storyboard.
Will get back to you once I make some progress.
Cheers
Irene

This thread’s a month old today so I figured I’d post a quick update:

Creating content, reviewing submissions / talking to writers, interviewing prospective contributors, social media, planning / brainstorming all feel very experimental at this time. A key realization from July is that there are endless ways to get derailed! I’m telling myself that the core idea: arts / crowdfunding content + the future crowdfunding platform are good (still the best ideas) and to just make sure we keep the focus on those things as we plough forward.

These stats are super interesting - thanks for sharing!